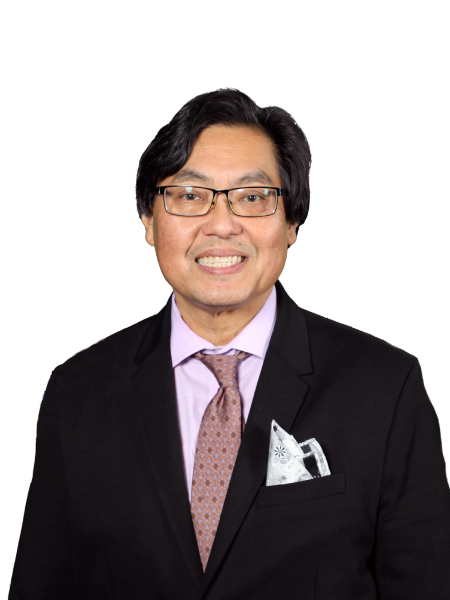 The son of Chinese immigrants, Tien is a tech entrepreneur, angel, and community builder. He is CEO of Opus8, Inc., which helps VC and PE funds raise LP capital. He is an LP, board member, and/or advisor to several early stage VC funds and accelerators including the Maryland Venture Fund, Center for Innovative Technology GAP Fund, Conscious Venture Fund, and Mach37 Cyber Accelerator among others. Tien is a recognized international expert in CRM, BPO and marketing tech. He was CEO and co-founder of one of the largest private CRM companies in the world, which he sold to a Fortune 500 company and which now comprise >$2.5 billion in revenue as divisions of Xerox and Conduent.

In 2012, Tien created CONNECTpreneur, a global community of over 20,000 founders, investors, CXOs and other business leaders. The community hosts monthly Forums with upwards of 600 attendees, featuring VIP speakers, exciting presenting companies, and the best CXO to CXO networking on the East Coast. This community will be a robust source of deal flow for the Phoenix Fund.

In 2001, Tien received the Ernst & Young Entrepreneur of the Year award and was inducted into the EY Entrepreneur of the Year Hall of Fame. He was recognized by Washingtonian magazine as a “Tech Titan” in 2017, 2018, and 2019. Tien is a 2012 and 2013 Washington Business Journal "Power 100" selection as one of the region's most influential leaders. He has been an investor and mentor to several successful companies including Parature (exited to Microsoft for $100 million+), Transactis (exited to MasterCard), LiveLook (exited to Oracle), and DataRPM. He is an advisor/board member of various tech companies and nonprofits, and has been an Entrepreneur in Residence at Georgetown University since 2012. He is a graduate of Dartmouth College. 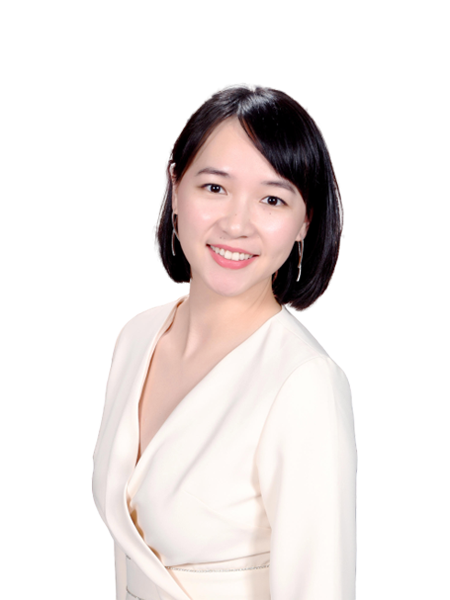 Born in Nanjing, China, Sumin first came to the US for an undergraduate internship. After completing her undergraduate degree, she moved to the US full-time to obtain her MBA. Since then, she has become a seasoned venture capital and investment professional. Sumin is an enthusiastic, driven, and bilingual business professional with a global mindset and entrepreneurial spirit. Her experience is multi-faceted. She has developed her investment management skills first at a private investment firm and later at a VC fund, including responsibilities for activities such as mergers & acquisitions, valuations, portfolio management, and fundraising support. During her work at a Healthcare VC fund, she developed sector expertise in health tech and life sciences. On the business operating side, Sumin has held a senior strategy position in a multi-billion dollar leading services company. There, she worked with a global cross-functional team, helped to optimize financial and operational performance, and worked to drive investment returns through financial restructuring, strategic planning, and innovation. Sumin is a CFA (Chartered Financial Analyst) charterholder. 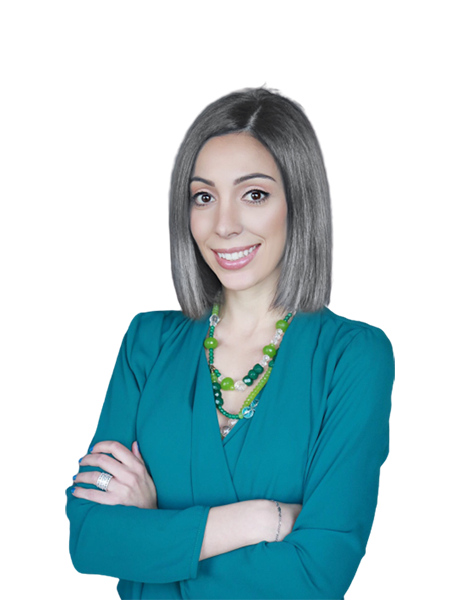 Born and raised in Italy, Laura lived and studied in several countries before settling in the US. After completing her undergraduate degree at Bocconi university in Milan, she moved to New York to continue her education. At the conclusion of the program, Laura relocated to Washington, DC, thanks to a job opportunity at a multilateral organization downtown. Laura brings over a decade of experience in Big 4 management consulting and finance technology, with emphasis on property-tech applications and financing solutions for residential real estate nationwide. As Vice President, Product for an early stage innovator in alternative real estate finance, Laura has been integral in capital raise activities, investor relations, and in helping the company form important partnerships with large financial institutions in the banking and insurance space. Focused on specialty finance solutions for consumers with attention to financial inclusion, her expertise includes blockchain, API architecture and originations software development. Her passion is building and sustaining quality for emerging, disruptive, and conscious companies through product development, process optimization and people growth. Laura has an MBA and is a certified project manager PMP®, member of the PMI DC Chapter. 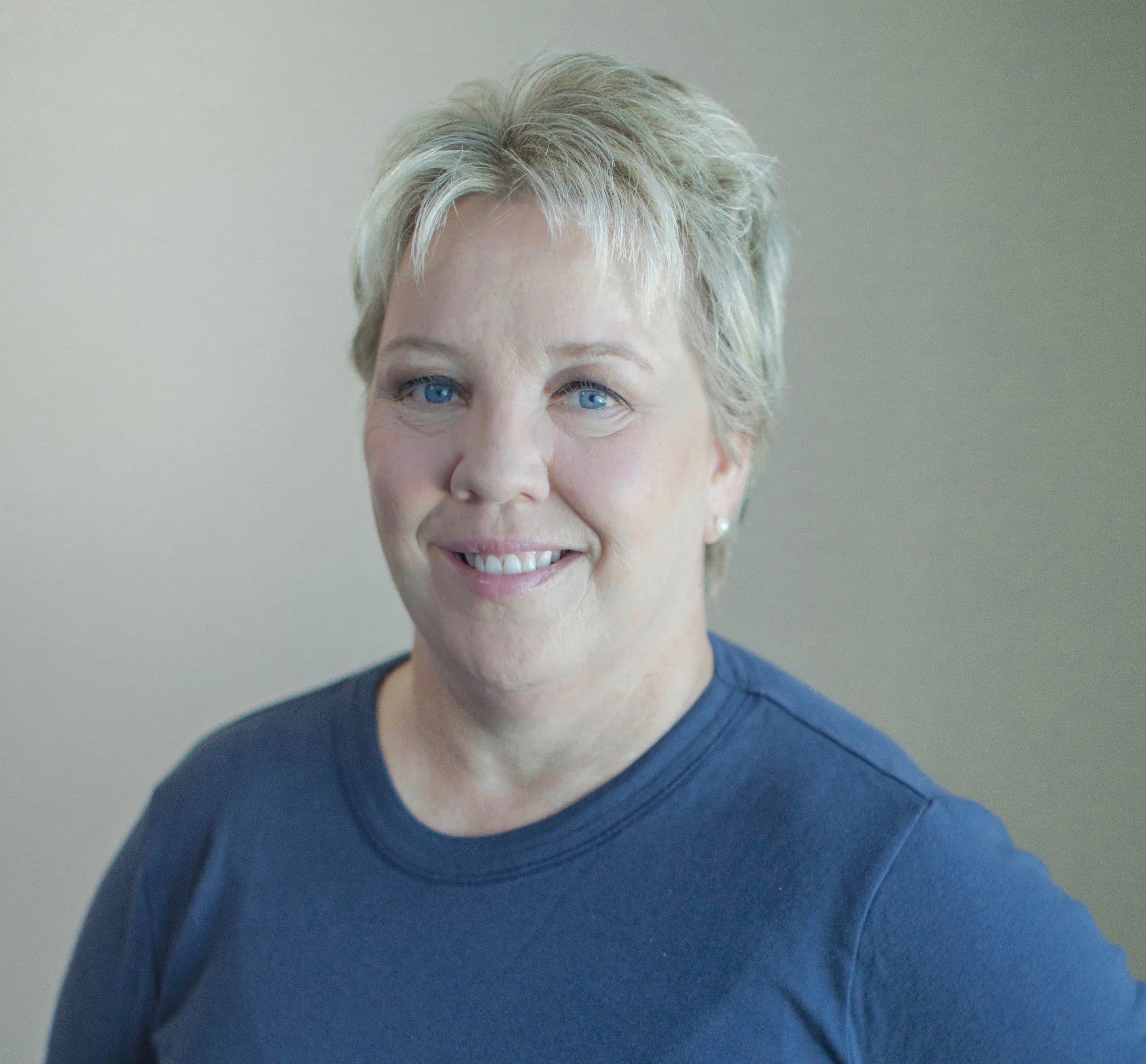 Whitcraft came to OpenX with more than 20 years of experience building and leading innovative, customer-driven ecosystems. Before joining OpenX, Tish was Chief Customer Officer at Tagged, a social discovery network with 300 million members, for which she ran all business operations, including product, advertising, sales, and customer experience and led the company’s transition to mobile first.

Prior to Tagged, she was Senior Vice President, Customer Experience and Operations, at MySpace/Fox Interactive Media, where she played a key role in transitioning that company from its origins as a social network to its emergence as a media and entertainment-distribution platform. At MySpace, Whitcraft had full responsibility for the global user experience across all products, leading a team that supported more than 250 million users.

Tish has early company experience including, Ooma, a consumer voip start-up, where she had overall P&L responsibilities including day-to-day business operations, business development, marketing and sales and product development.

At Aegis, Tish served as COO and Senior Vice President of Operations, overseeing the P&L for this global outsourcing firm, servicing communication, technology, software and financial service industries with clients such as ATT, Macromedia, SBC, Nextel, Directv and the Dish Network, IBM, Toshiba and American Express.

Tish is known throughout the technology industry as an influencer, thought leader and visionary on customer experience, product quality, global relevancy, and social media. 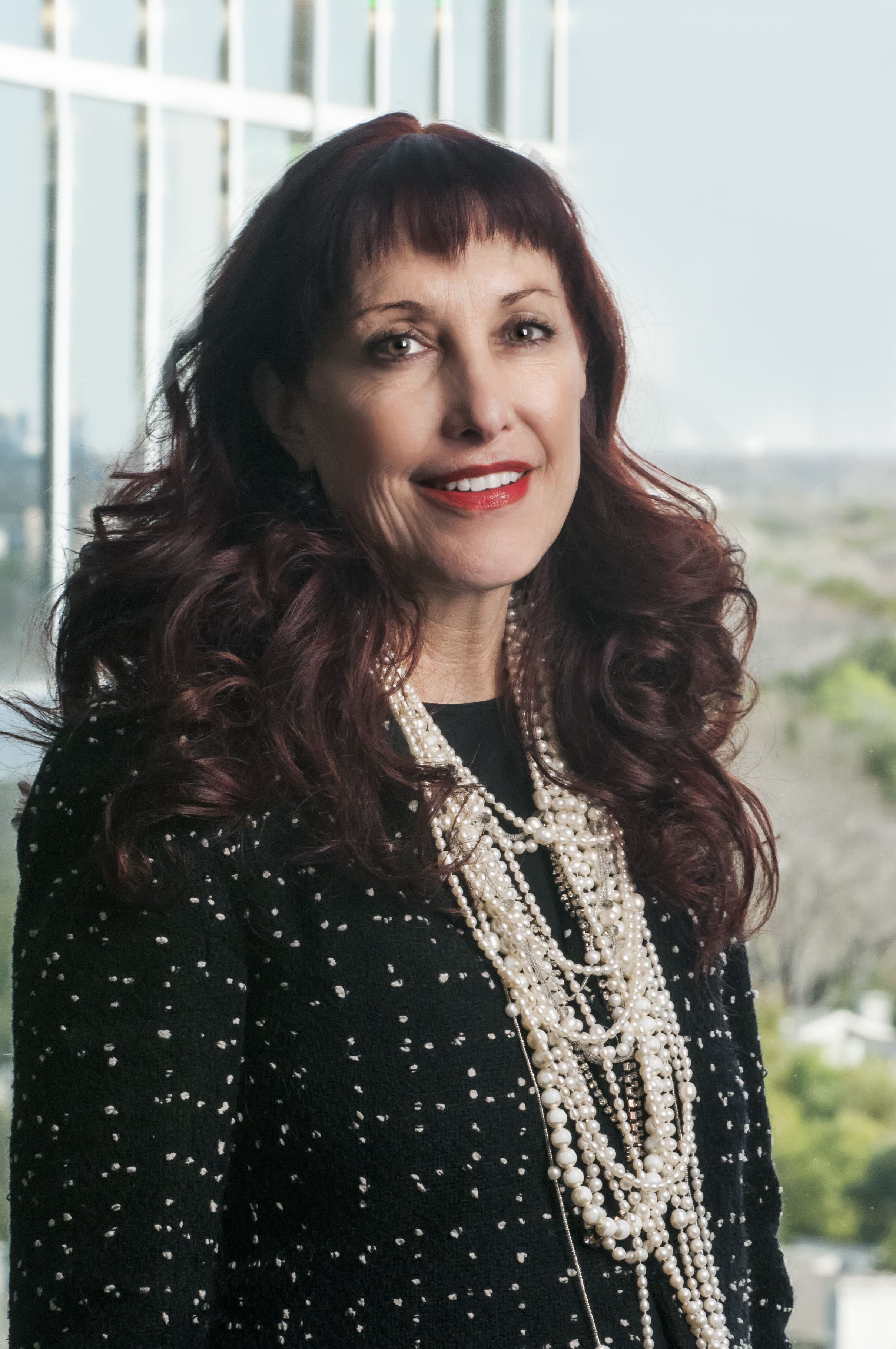 Toni Portmann is CEO and executive chairman of the board of DHISCO Inc., the world's original and leading hospitality distribution company. With extensive experience across software, hardware and technology services and support, Ms. Portmann has spent more than 25 years in executive management. She joined DHISCO at the end of 2014, bringing a wealth of management skills and expertise in mergers and acquisitions, strategic planning, process improvement and innovative sales solutions. Prior to joining DHISCO, Ms. Portmann served as CEO for LockIN, an early stage, paradigm-busting SaaS e-learning company. An entrepreneur and “intraprenuer,” she also served for 10 years as chairman of the board of Resolvity, a privately held company specializing in intelligent interactive voice technology. Before joining LockIN, Ms. Portmann was CEO of CAS Partners/Riverstone, where she integrated the acquisition of seven disparate property management services companies that specialized in the multifamily real estate market and represented over 170,000 apartment units in 31 states. She also served as CEO of Stream Inc., where she transformed a $75 million contact services division of Software Spectrum into a global business process outsourcing leader with revenues exceeding $530 million across 30 contact centers in 16 countries. Prior to her CEO responsibilities, Ms. Portmann worked in sales, marketing and management for Diebold Inc. and IBM. Ms. Portmann holds a bachelor of business administration from Boise State University in Idaho and is a member of WCD (Women Corporate Directors). Toni is an investor in Texas Women Venture Network and serves on the TWV Portfolio Advisory Board. She established the Tyson Johnson Memorial for Another Solution Inc., which is dedicated to fighting the disease of addiction. 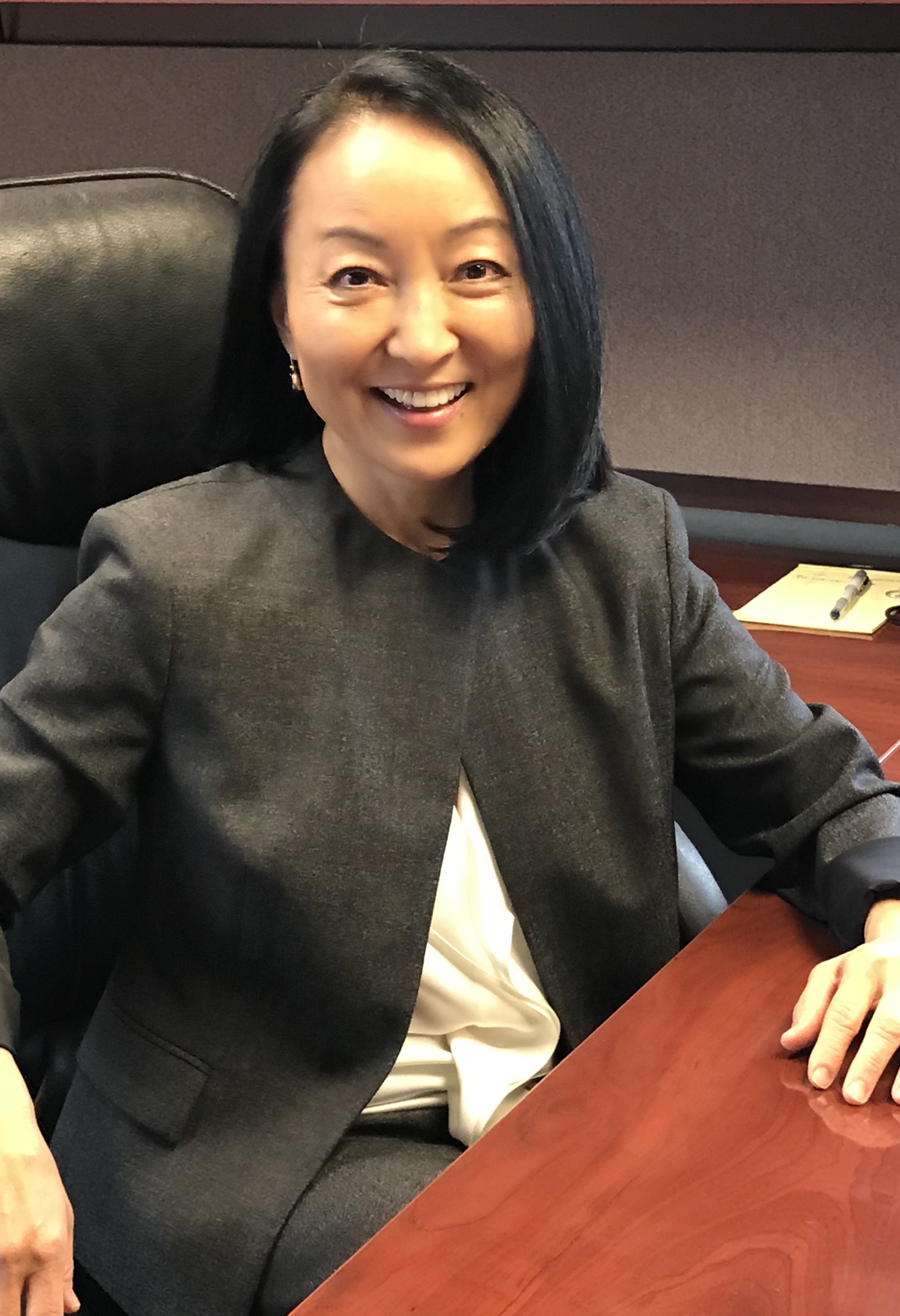 Jeannette Lee is the founder, CEO and chairperson of Information International Associates Technologies, a company specializing in grown diamond technology. Upon her appointment as CEO in March 2018, IIA said she will focus on creating a corporate culture highlighting customer relations, employee development and industry best practices. She brought into the position over 30 years of experience growing businesses in the service of federal information technology and research business sectors, the East Tennessee Economic Council said. Lee was immediately responsible for leading the company's next growth phase. In 1987 she founded Syntel, a competitive IT solution and research support provider to the federal government. She also founded and served as the CEO of Cyper, a tech industry advisory firm. According to her LinkedIn profile, Lee takes pride in her ability to drive cultural change, build organizational effectiveness and boost revenue growth. In addition to many other honors for her entrepreneurial achievements, the Washingtonian Magazine recognized Lee in its list of the "100 Most Powerful Women in Washington." Lee holds a bachelor's degree in economics from The George Washington University and received executive education at the Massachusetts Institute of Technology and Dartmouth. 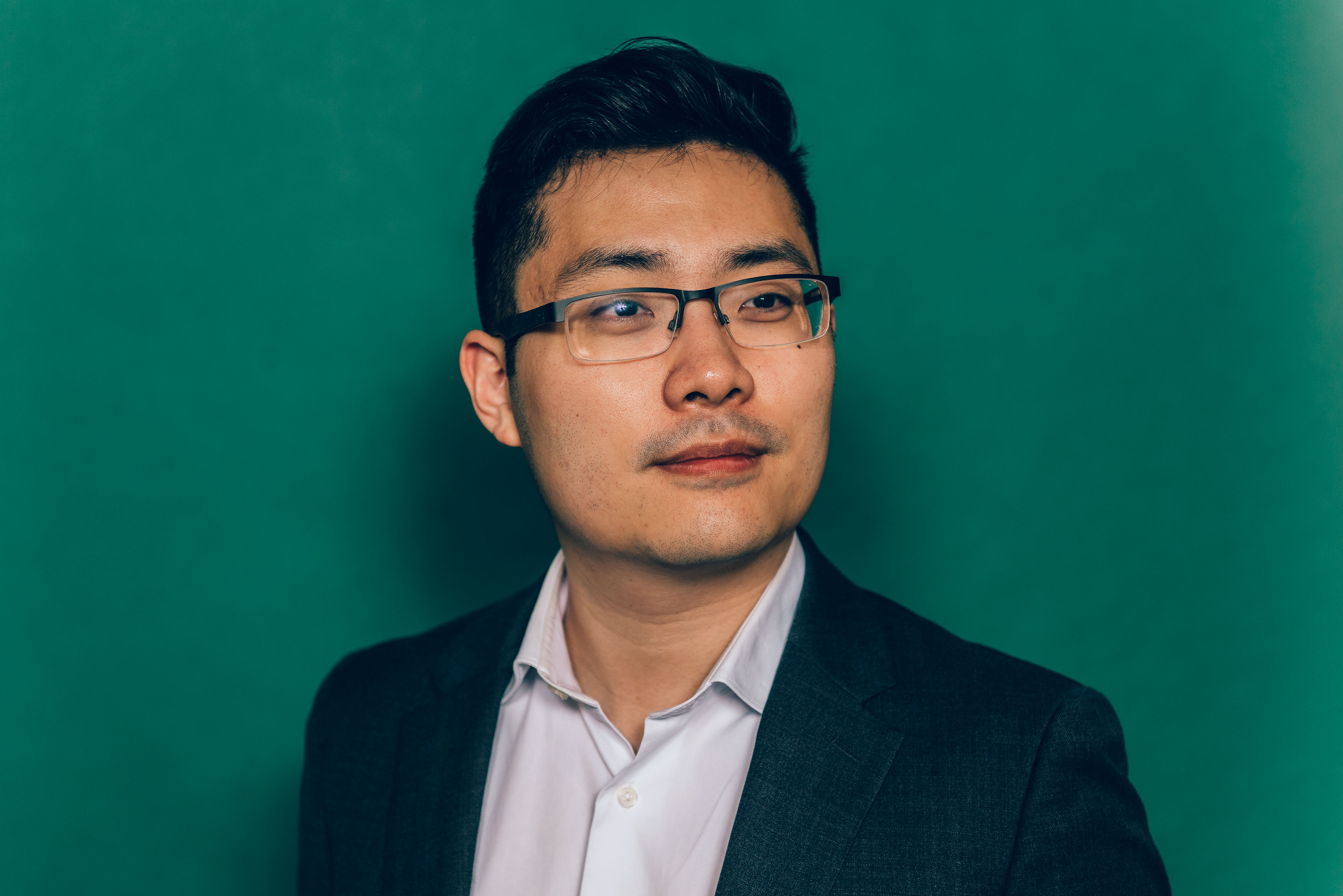 Tim is currently the Founder and CEO of FiscalNote. The company owns media and news company CQ Roll Call Group, which it acquired from The Economist Group in 2018 and creates a technology platform that combines award-winning journalism along with products and services that provide access to large quantities of data, news, and analysis for all levels of government. The global company with offices across DC, NYC, Baton Rouge, Brussels, India, and Seoul has now grown to become the largest tech employer headquartered in DC, and powers almost 5,000 of the world's largest and most influential companies, law firms, non-profits, and governments.

FiscalNote has raised over $230 million in venture capital and acquisition financing from the likes of The Economist, S&P Global, Mark Cuban, Jerry Yang, Steve Case, NEA, Renren and others.

Prior to founding FiscalNote, Hwang started his career in politics in the Obama '08 campaign, assisting in the election of the first Obama Administration. He was elected to the Montgomery County Board of Education a year later, overseeing a budget of over $4 Billion for 22,000 public employees. As a student, Tim also served as the President of the National Youth Association and the founder of Operation Fly. Inc., - a national 501(c)(3) organization that served inner-city children in underprivileged areas around the country.

Tim was profiled in Forbes 30 Under 30, Inc. 30 Under 30, CNN's Top 10 Startups, Business Insiders Top 25 Hottest Startups, and many others. He is a graduate of Princeton and currently deferring Harvard Business School. He is also currently a World Economic Forum Technology Pioneer, a Trustee on the Board of the Greater Washington Community Foundation (the largest funder of non-profit and philanthropic initiatives in the region) as well a Board member of The After School Alliance. He is a member of The Economic Club of Washington, D.C., the Council of Korean Americans (CKA), and the Young Presidents Organization (YPO).

We invest in extraordinary people who are building businesses for the greater benefit of all.